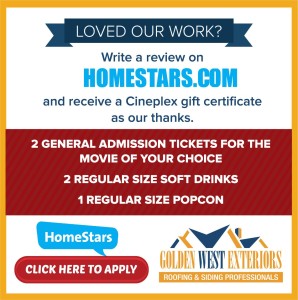 We love to hear feedback from our clients, if you would like to add a review for the service(s) Golden West Exteriors provided for you, click the image above. Clear and honest reviews can be an enormous benefit for other consumers researching potential contractors. Help them find the right contractor or avoid the bad ones by submitting your reviews today.